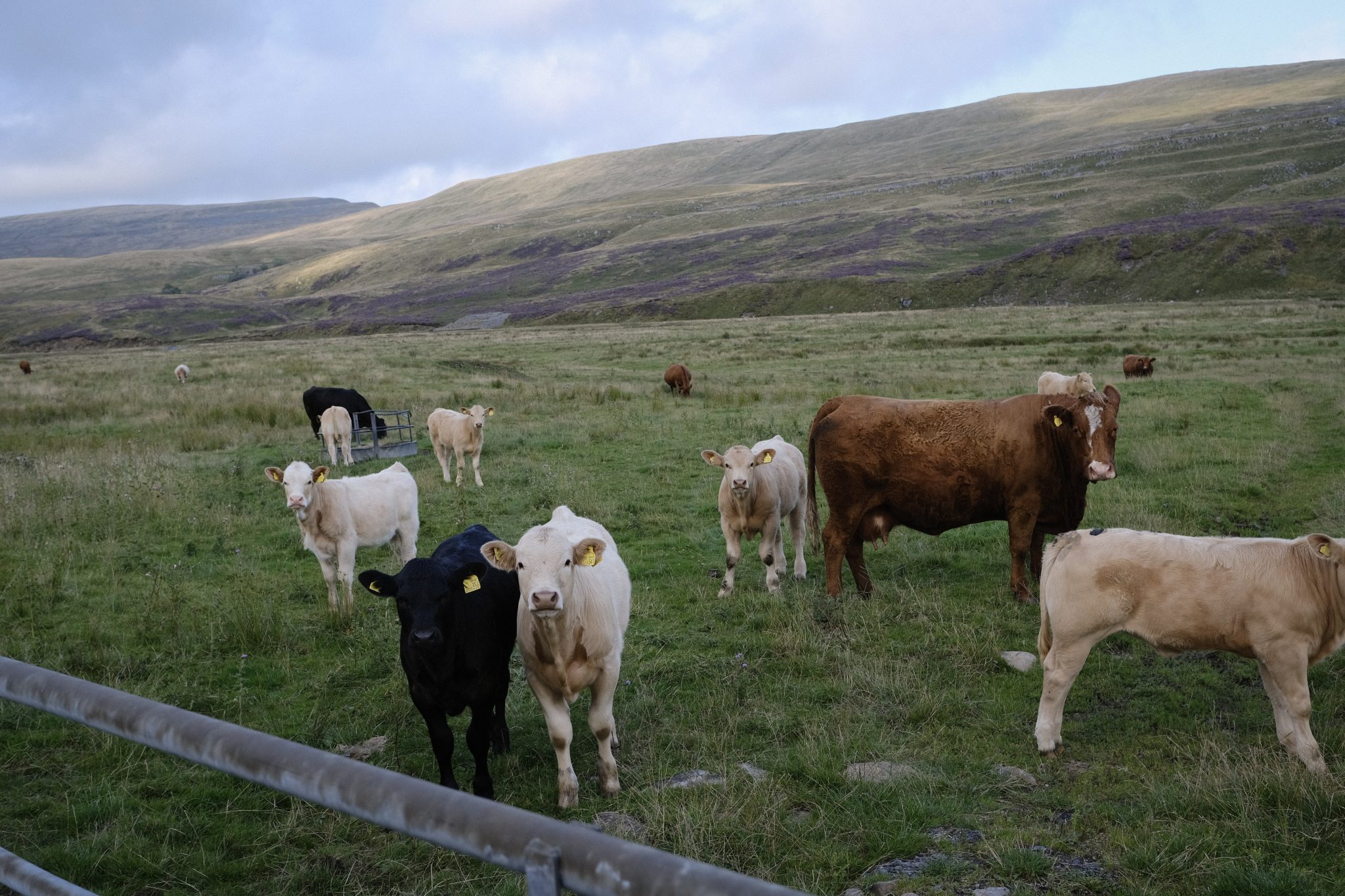 A dive into answering is leather sustainable or ethical? Exploring the environmental and animal cruelty impacts of the leather industry

When you first think of leather, a sturdy pair of boots or cool bikers jacket may come to mind. Leather is often depicted as a by-product of the meat industry. A chance to make use of a natural and hard-wearing material that would otherwise be wasted.

The reality is that leather has huge environmental implications and the industry is responsible for its own share of cruelty to animals.

Leather is used worldwide and marketed as a naturally occurring material that makes use of otherwise waste animal skins. But is it really a by-product and is leather eco friendly?

We explore the demand for leather, the impacts of the tanning process on the environment and how animals are treated in the industry. Answering is leather sustainable or ethical?

Leather is the skin of animals, treated and used for shoes, equipment, furniture or clothing items. It can also be referred to as hides.

Leather can come from many different animals including; cows, pigs, goats, sheep and other more exotic animals such as alligators, kangaroos, ostriches, cats and dogs. A large amount of the world’s leather is produced in India and China, where animal cruelty laws are more lenient making it easier to turn a profit.

Because leather doesn’t have to labelled with what animal it came from, it’s hard to know the origins of the items on shop shelves.

In order to turn animal skins into leather, they go through the process of tanning, which is where chemicals are used to treat the skins.

Leather as a By-Product of the Meat Industry

It can be thought that leather is simply a by-product of the meat industry. The demand for meat is worldwide and it would seem to make sense to use the leftover skins.

Although a lot of leather comes from animals killed for meat or used for their milk, the leather industry has a demand of its own. Leather is a durable material, which is why it’s commonly found in hiking boots and practical gear.

There is demand for leather separate from meat which creates economic independence between the industries. Leather is not sold to minimize waste but instead to maximise profit. This is not uncommon, it makes business sense for farmers to make a profit on the whole animal they’ve reared.

It does mean that roughly 10% of an animal’s value is its skin, making it the most valuable part per pound.

Leather is often marketed as a durable and natural material, creating demand in the outdoors and fashion industry. This desire for leather means it’s produced to meet consumer demand, rather than simply existing as a by-product.

Looking for more ethical guides and outdoor content straight to your inbox? Sign up for our newsletter to get our latest articles first

Animal Cruelty in the Leather Industry

As I mentioned, leather can come from many different animals worldwide from cows, pigs and sheep to kangaroos, cats and dogs.

When animals are viewed as stock, used for their meat or skin, they’re often seen as a commodity and can be ill-treated in horrific ways.

Overcrowding, beatings, malnutrition, poor sanitation and violence are common in the leather industry. Leather often comes from countries where laws on how to treat animals are sparse or rarely enforced. This is because it’s cheaper and companies look to make money where they can.

PETA found that in some parts of India, cattle in the leather industry can have to march for days without food or water. When they would collapse from exhaustion they would have their tails broken or chilli’s rubbed in their eyes to force them to keep moving.

Animals in the leather industry are also subject to painful and harmful castration, branding, tail-docking (cutting off the tail completely) and dehorning. With some of the procedures not being carried out correctly. This can be extremely painful for the animals and leave them vulnerable to infections and disease.

Larger animals are often crammed into lorries when transported which can lead to the animals becoming very distressed and harmed in the process.

In China, the largest leather exporter in the world, 2 million cats and dogs are killed annually for their leather. The animals are often confined to small metal cages which are thrown around, crushing the animals inside, breaking bones and causing sometimes fatal injuries.

Eventually, the animals are killed for their meat and leather. This Human Slaughter Act states that animals should be stunned to make them unconscious before they are strung up. The high speed and demand of assembly lines means that workers are expected to process up to 400 animals per hour. This results in some animals not being stunned properly, being strung up and dismembered, whilst trying to fight for their lives.

Although there are cruel practices across the leather industry, the truth behind the demand for luxurious and thin leather is pretty bleak. As thins thin leather is the skin of newborn calves or sometimes unborn calves that are taken prematurely from their mother’s womb.

When delving into the environmental impacts of leather, we need to look at the effects of rearing the animals used for their skin and also the tanning process used to treat it.

Animals in factory farms produce 130 times more waste than the entire human population. All this waste along with gas from burping produces 3.1 gigatonnes of methane a year. Methane is extremely harmful to the atmosphere, 25 times more potent at trapping heat than C02.

There are also a ton of greenhouses gases that go into raising animals for the leather industry. From producing food, farm operations, breeding and more the energy emissions are vast.

In order to turn animal skins into leather, it needs to go through a tanning process, which requires massive amounts of dangerous chemicals. This includes formaldehyde, coal-tar derivatives, oils, dyes and more. This process stops the leather from biodegrading, otherwise, it would be rotting in your wardrobe – yuck.

Some of the chemicals used are carcinogenic and pollute the surrounding environment as they’re released into the air, ground and water supply. These processes are even more harmful in countries with fewer environmental regulations or where there not as strictly enforced. This has devastating effects on the environment, local people and wildlife.

Is Wool Vegan? What is Vegan Leather? Your Vegan Clothing Questions Answered

Best Synthetic Insulations Options and Vegan Alternatives to Down

The pollution from the tanning process has harmful effects on the people who work in the industry and those who live close to tanning factories.

Studies conducted amongst tannery workers in Sweden and Italy found cancer risks to be 20% to 50% more than what was expected. Meanwhile in the USA, The Centers for Disease Control and Prevention found that leukaemia was five times higher amongst residents who lived next to a tannery in Kentucky, compared to the rest of the USA population.

Arsenic is another common chemical used in tanneries and has long been associated with cancer in workers who are exposed to it on a regular basis.

Environmental impact of leather on waterways and the planet

The repercussions of rearing livestock means vast amounts of land have to be cleared to rear them and grow their food. It’s estimated 70% of the Amazon has been cleared to grow food for livestock. Resulting in habitat loss and threatening millions of species.

The runoff of chemicals from the tanning process, rearing animals and growing their food creates a serious problem with overgrowth in water systems. This depletes the oxygen levels and suffocates wildlife leading to dead zones.

Is This the Case for All Leather?

Although the damaging environmental implications and cruelty of leather are widespread, this isn’t the case for all leather. There are some smaller companies that can commit to treating the animals in better conditions and explore less harmful chemicals.

However, all animals in the leather industry are killed for their skin, there’s no avoiding that. And, although there are ways to make the tanning process less harmful, it still requires potent chemicals to stop it degrading.

The wonders of technology and creativity meant there are now tons of vegan and sustainable alternatives to leather from fruits and vegetables to natural materials and others that are recycled.

Some alternative materials include:

If you’re looking for leather-free gear, our guides are vegan and selected with the environment in mind

The Best Vegan Gloves for the Outdoors

All our outdoor gear guides