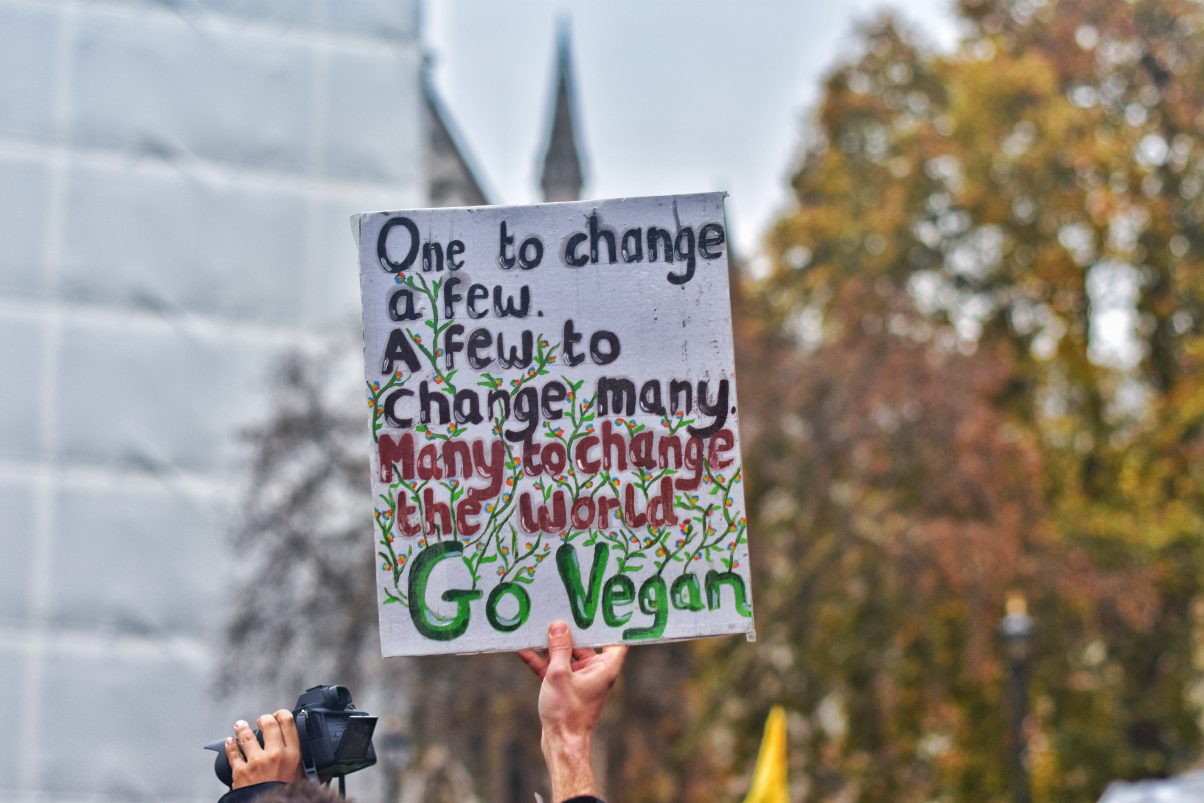 This is why a vegan diet sucks!

I’ve had enough of this badgering on about vegan this and vegan that. Yes, I get it, you’re trying to make the world a better place, or you want a healthier lifestyle or you just like the taste of delicious bloody plants, whatever it is can’t you just keep it to yourselves? I don’t understand why you want to me to reconsider my dietary choices? After all I’m just killing animals, the environment and ultimately myself – let me do so happily!

I’ve grown so frustrated with this whole situation I’ve come up with a whole bunch of reasons why a vegan diet sucks.

I mean come on, do you really want to outlive all of your meat-eating friends? Won’t you get lonely? Now that science has proved the benefits of a balanced vegan diet will help reduce blood sugar levels, improve kidney functions, digestion and help protect against cancer and heart disease are we all meant to live happily and healthily until we’re 100 or something?

We’ll get cold without global warming

I don’t know about you but I hate the cold so I’m quite enjoying the fact that global temperatures are rocketing nice and quickly. Who cares that sea levels are rising, our air is becoming unbreathable and we’re quickly approaching a self inflicted mass extinction. I like warm weather alright so let’s keep this train moving!

I know the meat industry is one of the biggest contributors to green house gases and environmental destruction so why would I want to give that up? It’s not like we all need a healthy environment to sustain life on earth is it? Bring on the burn I say!

Do we really want animals running all over the place? Cos that’s what will happen if we don’t eat them. I’m sure of it. If this vegan diet thing really starts to kick off next thing you know animals will take over the world and imprison us. I saw a video about it so it will definitely happen!

Vegan food tastes rubbish and I mean seriously rubbish, I just don’t know why all these foodies are turning vegan? It’s so frustrating when my vegan friends invite me over for dinner, I mean the food is delicious but it’s not made from meat so it can’t be tasty: plants can’t be tasty. It’s not like the winner of the National Pizza Awards was vegan or anything. If that ever happens I’ll eat my leather hat!

Why do vegans want to show us the truth about the meat and dairy industry? Honestly I much prefer to ignore it and pretend it doesn’t happen. A friend of mine shared the fact that over 56 billion farm animals are killed every year for human consumption, that’s absolutely horrible so why would I want to know about it?

What really gets me is when people post pictures of endangered animals being killed for their body parts – do I really want to see that when I’m scrolling at breakfast?

You definitely can’t get enough protein with a plant based diet. Do you really want to be weak and scrawny? You won’t be able do any sports or activities without getting injured. My friend did give me this list of vegan athletes but I don’t believe him. Apparently these guys are all vegan but they’re not even that good at sports…

But these guys are obvs taking steroids so it doesn’t even count.

What are you meant to do with the extra money?

I already have enough decisions to make in my life, I don’t want to think of how I’ll spend all the extra money. Meat and dairy products are so frickin’ expensive I never have any spare cash to worry about. Why make life harder for myself?

Vegans are always so bloody happy

So many vegans I know are constantly happy… and it’s damn annoying. They said it’s something to do with plant based foods having much higher levels of antioxidants, or it could just be something to do with the mental well being of knowing they’re making a conscious decision to have a better impact in the world. Either way, I can’t stand it, just let me eat meat and be moody.

Why do you keep calling it a lifestyle?

You vegans keep calling it a lifestyle and I don’t know what you mean. You’re just not eating meat, or dairy, or wearing or using animal based products, or promoting entertainment that advocates animal abuse and you’re trying to encourage others to do the same. But it’s still just a diet.

You think you’re better than everyone else

Without a doubt this is the thing I hate the most about a vegan diet. You think automatically by changing almost every aspect of your life to help make this world a better, brighter and more beautiful place for yourself and the beings around you that you’re automatically a better person? Not a chance.

You’ll have to buy new clothes

Most meat and dairy products are crammed full of calories and I like it that way. I’m pretty sure that if I stuck to my current diet but just switched to vegan alternatives I’d dramatically lower my calorie intake and potentially loose a lot of weight. And what does that mean? That would mean my clothes wouldn’t fit and who wants that!

If I did want to go vegan, hypothetically speaking, there are no resources out there to help me. I would have no idea what to eat on a vegan diet. What I would really need, hypothetically speaking, are some resources for shopping and vegan food products, some simple but delicious recipes to cook and maybe some inspiring stories about other vegans. A great idea would be a specific month that would motivate and encourage people to try a vegan diet and see how they get on. But no, none of it at all.

A Whole Bunch of Reasons a Vegan Diet Sucks

If you’ve got to this point in the article then I think we can both agree a vegan lifestyle doesn’t suck at all, actually quite the opposite, veganism is pretty fucking cool. It’s probably the easiest single decision you can make to help stop animal cruelty around the world a lead a more sustainable life. Besides the environmental and animal factors, a balanced, whole food vegan diet is fantastic for your body and you will notice the benefits.

The bottom line is any steps you make to reduce the amount of animal products you use or consume is a step in the right direction.

Many people are so set in their ways they’re unable to see the faults in their actions or lifestyle. If you know any particularly proud meat eaters you would like to show the brighter side of life then send them this article and see if it helps them see things from a different perspective.

New to veganism or are interested in giving it a try? Don’t hesitate in reaching out for some tips, advice or even just to say hello 🙂

Guide to the best vegan foods with vitamin B12

Foods you thought were vegan but aren’t