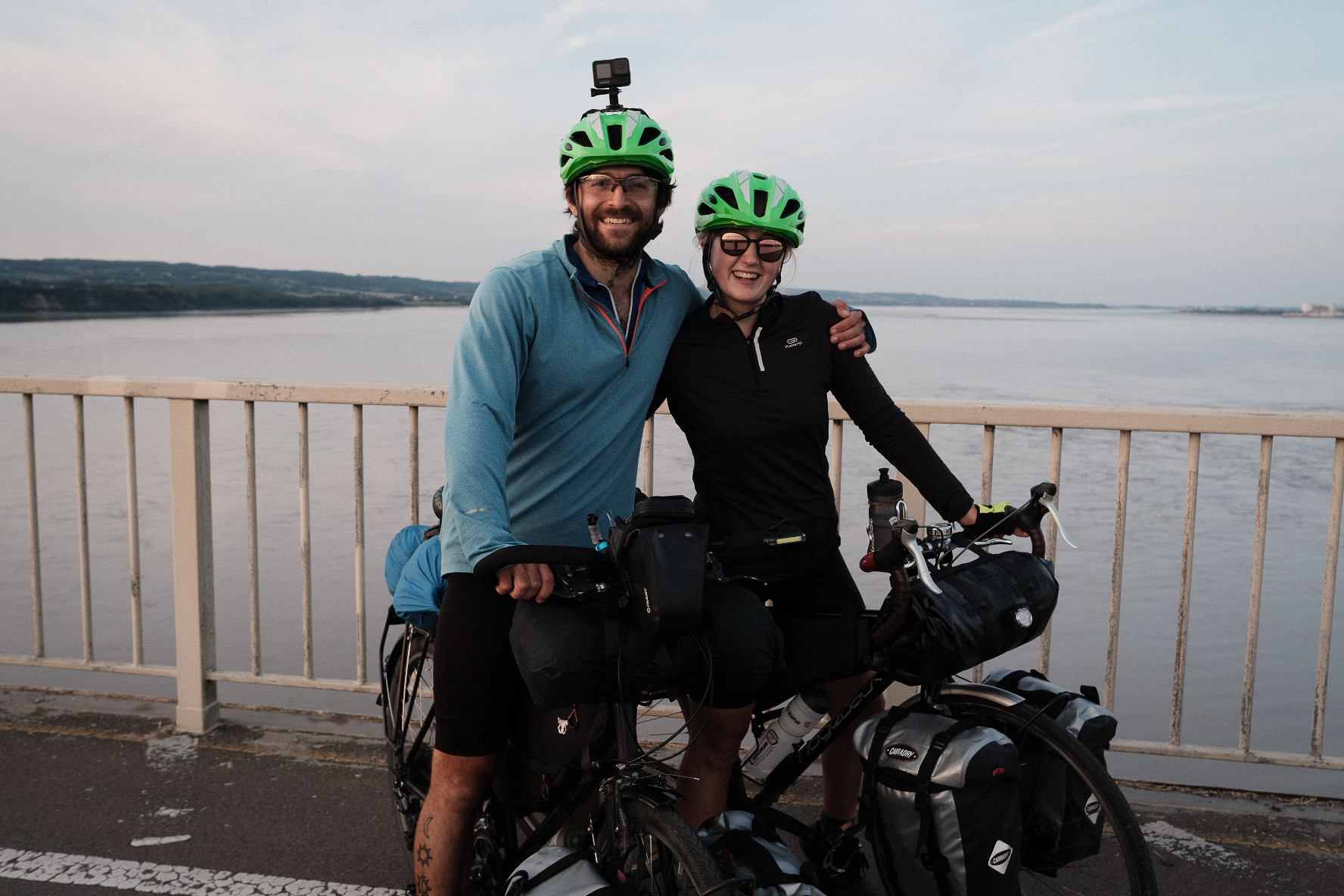 On Thursday 7th of October, we crossed the finish line of our Ride for the Wild challenge.

A world-first 2,000-mile cycle ride to all 15 of the UK’s national parks, completely unassisted and emission-free.

It was, without a doubt, the most incredible thing we’ve ever done. But also the hardest. Beautiful and brutal in equal measure.

We made friends and lifetime memories, learned a lot about ourselves and about this wonderful bit of land we call home. It left us inspired and motivated, completely in awe of our natural surroundings and more passionate than ever to protect them.

When the sun shone, we were able to get a few snaps on the camera and I thought they would be a nice way of sharing our journey. For the full shabang – sun, rain and storms – the video will be out soon!

We’ll publish part two in the next few weeks. If you want to know when it comes out, pop your name and email below and we’ll keep you posted 🙂

After months and months of preparations, we were still making changes and adjustments on the morning of our departure.

Despite that, the ride to our first national park, the Yorkshire Dales, was completely problem-free, all 6 miles of it. Only a few dozen miles later, we reached the North York Moors National Park. This was the only point in our trip where we managed to reach two national parks in one day.

Our first evening brought the first hiccup. We’d sent our tent way to be repaired, only for it to come back worse than it had been before. The evening was spent getting creative with zip ties until a reasonable pitch was possible. It wasn’t great, but it held.

From the North York Moors, we pushed North towards Newcastle and our first river crossing. Instead of going over the River Tyne, we went under it on the Tyne Pedestrian Tunnel. It seemed like a good idea until we realised the lift to the underground tunnel wasn’t working. Things got even worse when we realised the ginormous airport-style escalators weren’t running either.

Carrying two loaded bikes up and down those stairs was honestly one of the hardest effing things we’ve done. We came out bloody (chainrings took a liking to my thighs…), bruised and very sweaty.

But, more exciting than this, shortly after reaching Northumberland we crossed the border into Scotland. The feeling of crossing national borders and cycling from one country to another is pretty kick-ass!

Reaching Edinburgh 250 miles in, we had our first chilled evening at a campsite. Early dinner, toilet sink clothes washing session, stretching and finding a more permanent fix to the tent issues.

The next morning, with frigid temperatures and nasty winds, it was time to cross the Forth Bridge. It was at this point I remembered I don’t like heights. Probably could have set a Strava record shooting over as quickly as I did.

We’d kept to our 60-mile a day target for the first seven days of riding, but it was catching up with us. Appetites started going through the roof and lunchtime naps started to creep in.

The riding in Scotland took us on tarmac, gravel and mud, all being very straight and direct. Cycling past so many incredible mountains and landscapes in the distance, I feel like we only scratched the surface. We made it to the Cairngorms but are beyond inspired to go back and explore properly.

We cycled through dense forests, weaved through glens and along lochs. Even with the questionable weather, the landscapes were completely captivating. It made for some very inspired pedalling.

Reaching Loch Lomond and the Trossachs National Park was a treat. From here we knew it was a straightforward route heading into the heart of the Lake District.

Nearly at the 500-mile mark, we left the natural wonders of the Highlands for the urban jungle of Glasgow. From here, the riding was easy but bleak. We followed a busy A road all the way from Glasgow to Carlisle. It was used by logging vehicles and hugged a roaring motorway for the whole journey.

120 miles of terrifying trucks riping past at 60 mph, deafening traffic and constantly getting covered in grit. Definitely not the highlight of the trip.

Lifting our spirits, we met two very cool guys on this surprising stretch. Daniel and Lucas were completing John O’groats to Lands End on foot. On this rubbish section of road, where the closest food or rest stops were sometimes 20+ miles apart, they were slowly making their way, happy as larry. Two truly inspiring lads who have raised nearly £20k for charity.

Finally getting off the motorway at Gretna Green, we crossed back into England and had national park number seven in our sights. Ditching the busy roads for the blissful hills and quiet lanes in the Northern Lakes felt INCREDIBLE.

It got hot. Temperatures shot to 28C and the sweat started to pour. Nothing could distract us from the landscapes though. It was also ideal clothes washing weather.

Then came our first major hiccup – the bikes cocked up. We ended up spending half the day in a bike shop and shelling out a bomb. Very grateful to Ghyllside Cycles for getting things mended so quickly and also giving us long enough to stop by the veggie cafe next door. It was our first meal out in nearly 3 years and Gandhi’s Cafe served up the best vegan burger I’ve ever eaten. The vegan mayo blew our minds too!

The riding through Lancashire was hot with a sprinkling of thunderstorms. It all came to a head close to Warrington when we got caught in the heaviest deluge we’d ever experienced on bikes. The most intense riding of our lives. We followed the Sankey Valley Trail through woodlands, with floor-shaking thunder, flooding river banks and rain so heavy you could barely see. It was too wet for photos but it’s all captured on the GoPro – keep your eyes peeled for the video!

That evening, a Warm Showers host welcomed us into their house with open arms. Milton was such a warm guy who filled us with inspiration. Pippa, the Jack Russel, was also the perfect remedy after such a manic day in the saddle. Cycling touring often orchestrates beautiful human encounters and connections and we’re so happy this ride, although super fast, was filled with them.

Crossing into Wales, the riding quickly changed. It got real hard, with lanes so steep and winding it was a fight to keep your front wheel from lifting. The descents were moss and debris-laden so dropping downhill was almost as tiring as going up. Progress was slow and tough. For the first time on the trip, two weeks in, we didn’t hit our 60-mile daily target.

But, within all the mayhem, we had an encounter we’ll never forget. The story is too long for this post, but, in summary, we made some lifelong friends who got us drunk and let us camp in their garden. Ian, Linn and Paul – thank you. We really hope we get to meet you again!

The landscapes and people in Wales continued to blow us away. We reached Snowdonia, national park number seven, but this is when things really began to go Pete Tong.

The weather really took a nasty turn, with a week of winds, rain and low lying clouds. This is when I realised I’d lost my waterproof – perfect timing, ey? A bin bag lasted for the day but we ended up taking a big diversion to Betws-y-Coed to buy a new one.

At the same time, Sarah developed an injury that was causing her a lot of pain and our route became pretty dangerous. I’ll be honest, the Welsh roads were absolutely bonkers, particularly with low visibility and heavy rain. We had to route away from busier, more direct roads and onto tiny, off-road routes that added on heaps of miles and ascent.

We felt torn. These remote trails were sensational but had us way behind time. Our 30-day target was becoming less and less likely. The more technical riding was not helping Sarah’s injury either.

Steering away from busy roads, it took us through slate valleys and high passes. It was honestly some of the most breathtaking riding we’ve done. Just a shame about our deadline.

A day later and we knew Sarah’s injury had to get checked out. A day was spent at a local hospital and Sarah ended up on a course of antibiotics.

This was a really cruddy patch. Besides just wanting a challenge, Sarah had a work deadline she had to return home for, hence the 30-day aim and 60-mile a day target. It wasn’t possible for her to recover and keep at this pace so we were in a tricky situation.

Eventually she decided to get a train a few days ahead, giving her time to rest whilst I kept going through South Wales. It was shit thinking that crossing the finish line together might not be possible, particularly crushing after a whole summer of training and preparations.

We repacked our panniers so I could take all the additional gear needed. It was a lot heavier.

I set off on a modified solo route that would keep me off the busy roads. 5 days, 290 miles and 21,000ft of ascent… It was damn wet and every morning was spent peeling slugs off all my belongings.

It was the first time I’d toured solo and the following 5 days polished me off. Brutal and neverending hills combined with all the additional gear and daily tasks we’d normally share between the two of us… I really struggled.

By the end of day two, I was close to passing out by the side of the road. I was completely frazzled, body aching and head scrambled but just pedalled on in a zombie-like state. The prospect of cooking a camp stove meal at the end of the second day seemed impossible. Thankfully, I found the best portion of chips I think I’ve ever eaten. I sat under a bus stop in the pouring rain, scoffing my face. At that point in time, I couldn’t have been more content.

I met Sarah just afterwards and it couldn’t have come sooner. I needed to cut down the miles and cut down some gear, but, most importantly, I was glad to have my adventure buddy back.

The prospect of crossing back into England felt very powerful. It seemed as though everything had gone wrong in Wales. Despite the unforgettable experiences, the hills and roads had ruined us.

Just a day’s ride ahead, the route would flatten out and get easier once we crossed back into England. I just needed to get over the Severn Bridge… which we did, together, and also crossed the 1,000-mile mark.

With the 30-day target now out of sight and Sarah still not completely recovered, we knew we had to take a different approach. 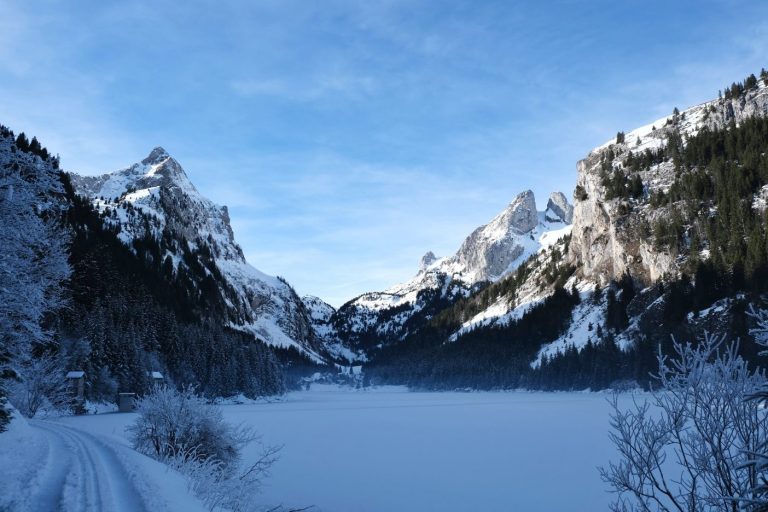 Share: Facebook Pinterest Twitter Reddit email Lac de Taney is an area of astounding natural beauty, easily accessible and best explored during winter Lac de Taney in the Valais region of Switzerland is a wintery utopia that sits tucked away at the base of Le Grammont and Rocher de la… 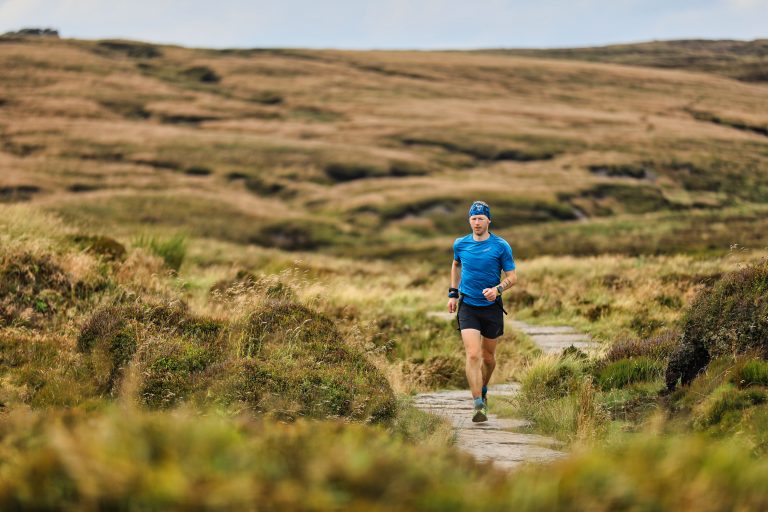 Damien Hall is a record-breaking ultra runner, who has notched up some of the fastest known times and completed some of the world’s most gruelling ultra marathons. Have a read of our interview with him where he talks about some of his accomplishments, his secret fuel and how he hopes to make the running realm more sustainable. 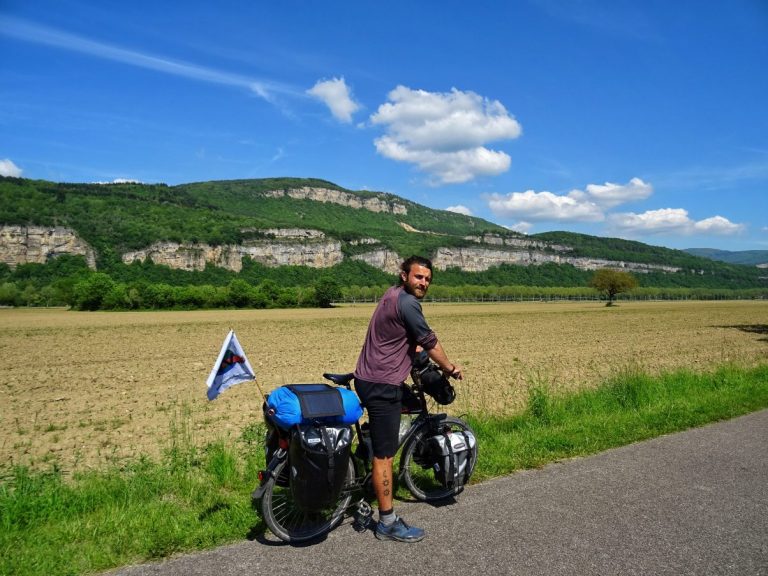 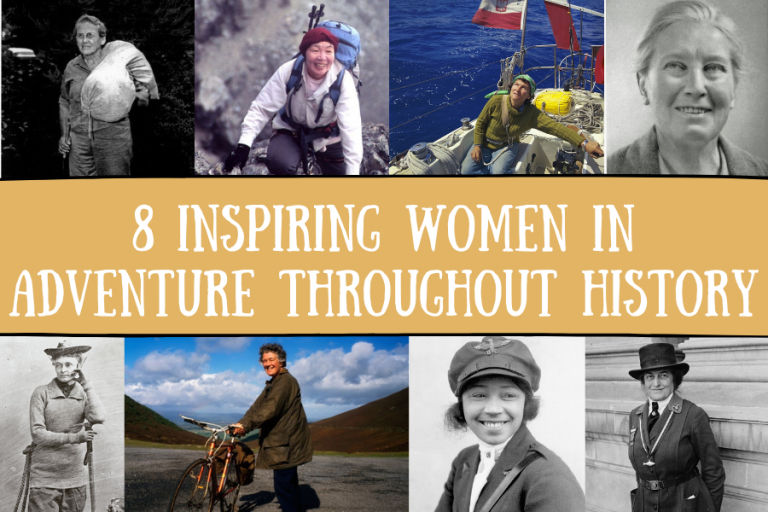 8 incredibly inspiring women in adventure through history and their legacies of exploration. 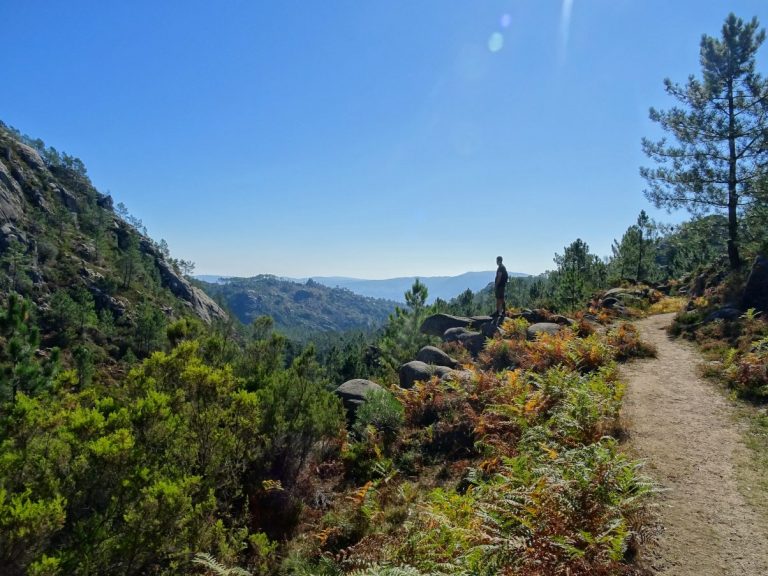 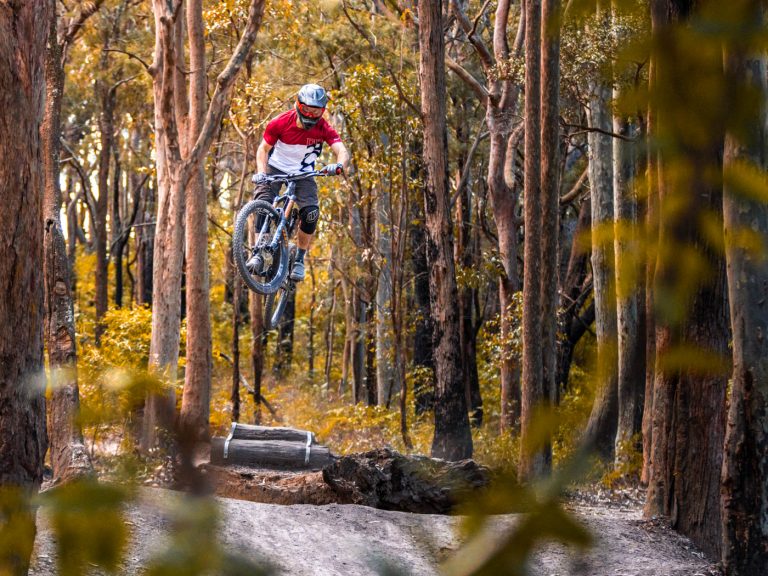 Hey folks, Happy New Year! We’ve had a bit of a

Some winter hikes in North Yorkshire are crammed w

The tent and the bike. Two ultimate adventure enab

A little rain never stops us getting on the saddle