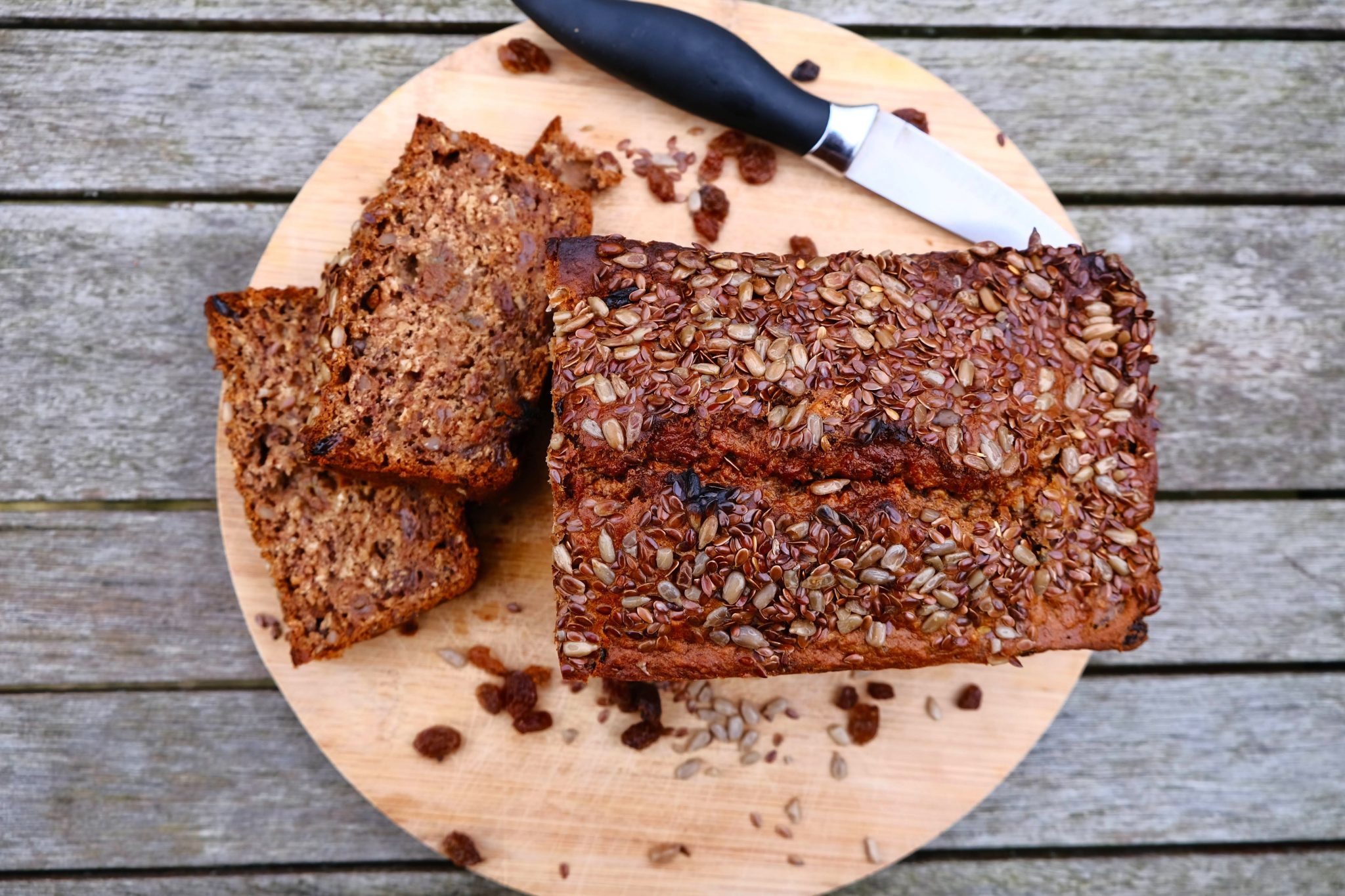 The key to any good day in the outdoors is good food. Munch the right stuff and you’ll be bounding over hills full of gusto. Eat the wrong stuff though and you can feel sluggish before the fun even starts.

This vegan banana bread is the perfect recipe when you want to gobble down something insanely delicious, that’s crammed with goodness for slow-release energy. Just what you need when there are landscapes just ripe for exploring.

Whether you’re an avid adventurer or weekend wanderer, having the right grub is crucial. You need to be filling your body with food that is healthy, providing nutrients and energy whilst you’re exerting yourself.

This vegan banana bread with oats is a little different to your run of the mill banana bread recipes as it’s made with exploring in mind. It’s chock-a-block with seeds rich in omega oils, fibre and energy that is released over time. Plus, the addition of raisins adds an extra punch of energy and even more sweetness to each bite.

It’s also a great way to use up those ripe bananas because for this recipe, the riper the better. This is because riper bananas have a higher glycemic index which makes them easier to digest and turn into energy. Plus, riper bananas have higher levels of antioxidants and mash better for baking – winner!

If you want more healthy and energy-crammed snacks for the outdoors these vegan cacao bars and flapjacks are just the ticket. Make all three recipes and you’ve got yourself a triple threat!

This healthy banana bread is super easy to make as you only need one bowl and you’ll probably already have most of the ingredients in your cupboard.

You can enjoy this banana bread recipe on its own or topped with peanut butter and jam for the ultimate outdoors fuel. We like to make a loaf before a big trip and gobble it down for a quick breakfast or lunch on-the-go. Due to popular demand, we also often have a loaf at home for afternoon snacking, as it’s so darn tasty and ideal energy food.

Try it for yourself for a sweet treat at home or a tasty snack in the outdoors and tell us what you top yours with? 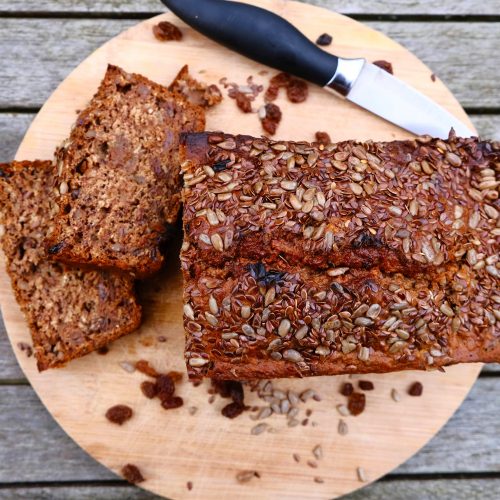 Keyword Vegan Banana Bread Recipe
Tried this recipe?Let us know how it was!

All Our Vegan Adventure Food Recipes and Guides