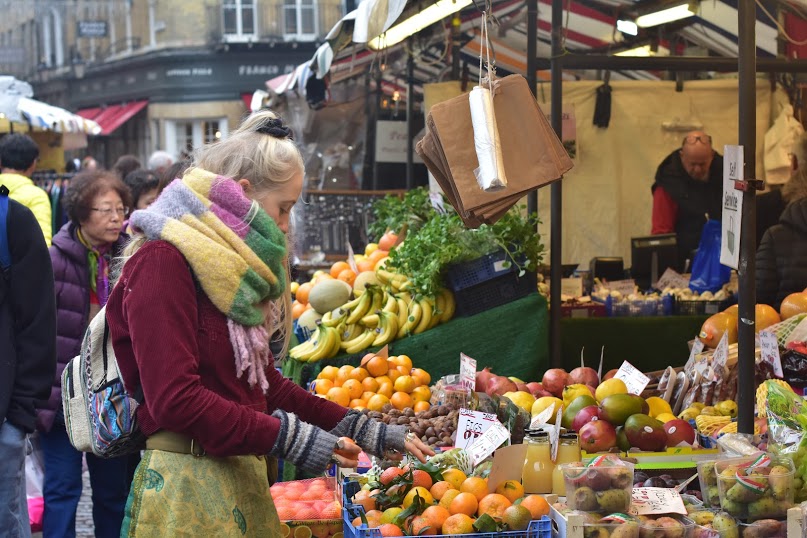 Always going on about aquafaba this and plant-based that is all well and good for us vegans but maybe we should take a step backwards? What about those who aren’t vegan, have seen our posts and have wondered ‘actually, what is veganism?’. For that reason we’ve decided to break it down and start from scratch. This article will give you the complete lowdown and info on this sustainable, cruelty-free lifestyle and then we can get on to aquafaba…

“Veganism is a way of living which seeks to exclude, as far as possible and practicable, all forms of exploitation of, and cruelty to, animals for food, clothing or any other purpose.”

As our friends at the Vegan Society said we aim to avoid consuming or using animal products as much as physically possible. People may adapt a vegan lifestyle to suit their own lifestyle, some may completely abstain from animal products and other may adopt different aspects to suit them on an individual basis. For example the term ‘dietary vegan’ is coined for people who choose not to eat any animal products but may wear animal products such as leather.

Veganism isn’t an exclusive club and some people will associate themselves with the label in different ways. We’re definitely not here to say you are or aren’t because you do or don’t do certain things. At Veggie Vagabonds we want to encourage people in any way possible to lead a plant-based lifestyle free of animal products but appreciate that this isn’t always possible for everyone. Even if you can make small changes to your lifestyle and consume less of such products this is a huge step in the right direction. For those able to adopt a completely vegan lifestyle then that’s amazing too!

Here are some of the ways vegans abstain from animal products.

It’s not just food but drinks that can contain non-vegan products or have had animals used in the production process. Milk shakes, alcohols, juices, caffeinated drinks etc. are just some things that regularly contain nasties. Banivore is a great search engine for alcohols where you can enter drinks and find out if they’re safe or not.

If you want to find out some other surprising foods which aren’t vegan then take a read of this article. I’m talking sugar, roast vegetables and sweets!

So what exactly do vegans eat I hear you ask? Well a whole host of plant based products ranging from fruits, vegetables, nuts, grains, seeds, beans and pulses all which can be cooked and prepared in a variety of exciting and delicious combinations.

On top of this, with the huge increase in veganism there is now a great variety of vegan products and alternatives. Nowadays you can find many vegan alternatives to meat products which are tastier, healthier and cheaper.

If you want some vegan food inspiration check out our ethical eating recipes for some ideas.

Vegans avoid using products that contain animals or are derived from animals. This may include things such as candles that use beeswax, soap that uses animal fat known as tallow, lanolin which is derived from wool and often found in lip balms along with a whole bunch of other products that have some form of animal lurking inside in some way or another.

Products such as make-up, cleaning products and household items can use animal products as an active ingredient or in the production process.

Once again with the beautiful rise in veganism the amount of completely cruelty free products is growing everyday. 5 years ago it was not so easy maintaining a vegan lifestyle but now it’s easier than ever.

It is sometimes incredible difficult to know and predict what products are safe to buy, even for vegan gurus it’s still hard to tell. Companies will try and cut cost by any means, even if that means using animal products in the most unlikely of places so keep your eyes peeled.

As finding the right products can be a seriously hard job, this list has got the low down on things at home which might not be vegan.

All sounds a bit misleading and confusing right? Well there are many ways you can find out what is cruelty free and what might have animal ingredients lurking inside. PETA’s bunny logo signals products which have no animal testing but may not be completely vegan. The Vegan Society’s sunflower logo means the product contains no animal products and that the finished product nor the ingredients have been tested on animals.

Look out for the leaping bunny on products that haven’t been tested on animals or the sunflower on products that are free from animal products and testing. Don’t fear if you can’t find one of these logos, it doesn’t mean the item isn’t vegan. To get a product tested and certified by PETA and The Vegan Society can be an expensive process so many smaller companies may not have them. If this is the case then be sure to read through the ingredients list carefully.

Vegans abstain from wearing clothing that contains any form of animal products. This may include things like wool, silk, leather or suede. Instead vegans wear clothing made from alternative sources such as; mushroom leather, hemp, bamboo, cotton and so much more.

If you’re unsure whether something is vegan you can checks the label to see what it’s made from or to be on the safe side you can shop at vegan retailers and ethical shops.

PETA have put together this compact guide of what to wear, what not to wear and where to shop.

Currently in the UK all medicine must be tested on animals before it is deemed safe for human consumption. Vegans however will try to take medicines that do not contain animal products such as gelatin or lactose.

This is a topic which is quite often debated as some vegans choose to take medicines derived from animal products if it’s for a serious illness or there are no alternatives. Everyone is entitled to their own opinion and as we mentioned before, this isn’t a list to say you are vegan! or you’re not vegan! just something to highlight the general lifestyle in which vegans choose to follow.

For more information visit medicines.org, which contains information on medicines prescribed in the UK, including ingredients lists or you can ask your GP for a vegan alternative if there’s one available.

There are many forms of entertainment which cause suffering to animals and vegans choose not to engage in these activities. This may include things like zoos, aquariums, circuses, racing sports, animal petting or riding. Vegans instead prefer to appreciate animals in their natural habitat as mother nature intended. You can also research the appropriate conservation areas or sanctuaries where animals are put first.

Why do people adopt a vegan lifestyle?

Well it’s different for everyone and some may feel more strongly or passionate about one issue over another. These are some of the main reason people choose to adopt the vegan way of life.

Commercially raised chickens, cows and goats etc., whether factory farmed or free-range, are killed once their production rates decline. These animals spend their short lives in cages, drugged, mutilated and deprived of their basic freedoms.

As with many mammals cows only produce milk when they’re pregnant so they spend their lives in a constant state of artificial insemination so they produce milk. When they give birth to females they become dairy cows themselves and when they deliver males it is commonly sold to a veal farm (which is a whole other issues). Since it’s unprofitable to keep cows alive once their milk production declines they are usually slaughtered for meat at 5 years of age when they would usually live to 25 years old.

On farms in the USA an average of 7 chickens will spend their lives in battery cages with a floor area the size of a vinyl disc. These cages will have wire floors which will deform the chickens feet and mean they will never stretch their wings. These chickens will suffer lameness, bone disease, and obsessive pecking which is curbed by having their beaks seared off when they’re chicks. Chickens would ordinarily live to be 15 years old but are often killed at 2 years old when their egg production decreases. Egg-farms have no use for male chicks so they’re usually killed by crushing and used in food products such as chicken nuggets.

Animals that are reared for human consumption are kept in horrific conditions with 60 billion being slaughtered every year. Their short lives are spent enduring torture until they are savagely killed for human consumption. This is why a vegetarian diet is not enough to protect animals well being and vegan diets are adopted.

Animal agriculture is one of the leading causes of pollution to our planet. The United Nations Food and Agriculture Organization links animal farming to an array of environmental problems such as contamination of ecosystems, soil and water supplies. Often this is caused by manure, pesticides and fertilizers which is now the leading cause of groundwater and river pollution.

More acres of land are cleared every year to grow food to feed livestock. This is all incredibly counter-productive as more food is fed to livestock each year than is produced by the meat industry. In a nutshell this food could be used to feed people, especially those in the world who are starving but instead we feed vast amounts to livestock and get less meat in return. Isn’t good business logic enough to see that this is wrong?

People also choose a vegan lifestyle for reasons that benefit themselves on a personal level. People who eat meat are twice as likely to die from cancer or heart disease whilst a vegan diet has been proven to reverse type two diabetes. Those with a plant-based diet also have the healthiest BMI compared to those who eat meat, fish or a vegetarians.

Not only this but a vegan life-style is the cheaper option. A diet of fruits, veggies, grains and pulses is cheaper than consuming meat, fish, dairy and eggs. Who doesn’t want to be healthier, live longer and save some cash all at the same time?

As I said before veganism isn’t about excluding people, it’s about promoting a cruelty-free and plant-based lifestyle as much as possible. Some may adopt a vegan diet but use and wear animal products. We want to encourage a vegan lifestyle for everyone and emphasise that any efforts made to use less animal products is a good thing.

If you need any more reasons to be vegan then click here to read all about the benefits of veganism.

To hardcore vegans, curious carnivores and everyone at every point of the spectrum we hope this article was useful to you. If before you didn’t know what veganism was, do you feel more clued up? Would you like to know more about adopting a vegan lifestyle? Get in touch by leaving a comment below and tell us what you think and any questions you have.