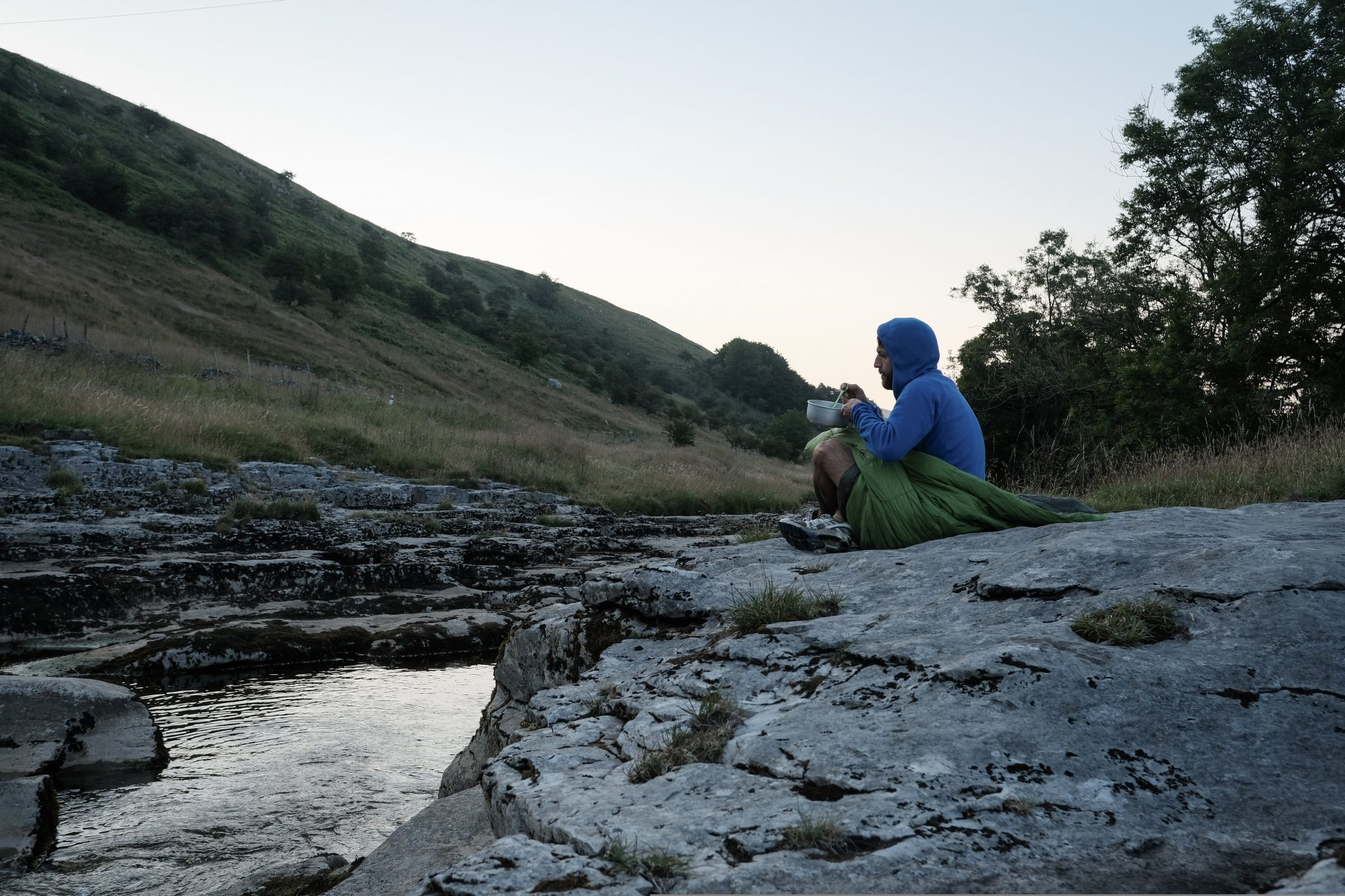 It’s never been more important to look after this world and the natural places we love to explore.

To reduce your environmental impact and protect the great outdoors, one of the simplest but most powerful things you can change is your diet. Going plant-based really can have a huge impact. And, it’s never been easier, tastier or healthier!

As the wild spaces and native species of the world become increasingly threatened, the power to make a difference can feel out of our hands. But don’t underestimate the power of your plate.

Whether you’re an animal lover or not, we all need a healthy environment to survive. You can do your bit, bite by bite.

These are 10 benefits of a plant-based lifestyle that will help protect this wonderful world and all its inhabitants.

What are the benefits of being vegan for the environment?

Adopting a plant-based lifestyle is one of the most effective ways to save water, as plant foods require a hell of a lot less water compared to animal products. In fact, it takes three times more water to feed a meat-eater compared to a vegan.

Agricultural production uses gallons of water, with the meat and dairy industry accounting for one-quarter of the total use of freshwater worldwide. That’s a lot of water.

To put this into perspective: 1kg of beef takes 15,500 litres of water to produce. 1kg of tomatoes uses 180 litres and 1kg of potatoes 250 litres. Switching out meat for veggies could save gallons of water just in one person’s lifetime.

Water is not only needed to rear livestock but also for growing the crops they eat. A large percentage of animal feed for European animals is actually grown in developing countries, taking scarce water supply away from local communities and ecosystems.

Switching the meat for plants will mean less water waste, with more to go around to those who really need it!

The high levels of carbon dioxide, methane and nitrous oxide entering the atmosphere are some of the leading contributors to climate change. And did you know livestock, mainly cows and sheep, burp out nearly 3.1 gigatonnes of methane a year!?!

According to the UN Food and Agriculture Organization, GHG emissions from livestock and its supply chain equate to 14.5% of total human GHG emissions. This is huge. Especially when you consider that’s more than the global transport industry combined.

If we’ve learnt one thing from Greta Thunberg, it’s that there’s a limited amount of time to reverse the impact these harmful gasses are having on the environment. Adopting a plant-based lifestyle is one of the simplest and effective ways to reduce your footprint of GHG.

Remember that time when everyone was talking about Seaspiracy and how groundbreaking it was? Well, it was for good reason. If you didn’t catch it (you definitely should watch it!), it’s a hard-hitting documentary about the effects of the fishing industry. Well worth a watch if you want a deep dive into the facts of overfishing, excuse the pun…

Overfishing has led to catastrophic imbalances in the world’s oceans, with one-third of global fish stocks being overfished. 90% of populations are considered fully fished, meaning any further fishing will cause a population decline, which can then lead to extinction.

On top of reducing the population of fish, overfishing has a huge knock-on effect on the whole marine ecosystem. Species like bluefin tuna have declined by 97% which has caused imbalances in the food chain and changed the behaviour of the remaining fish. This is the same with sharks, who are nearly being hunted to extinction, and many other species that are integral to marine environments.

What about farmed fish? Unfortunately, fish farming causes a whole bunch of problems of its own. Farmed fish rely on wild-caught fish to survive and it creates an environment where diseases spread widely into the ocean and cause pollution.

In short, adopting a vegan diet is the best way to protect the fish population. Much more effective than using metal straws!

Want more ethical adventure inspiration and vegan adventure guides? Sign up for our newsletter to get all our new posts

Behind the scenes, there’s a whole lot of energy that goes into rearing livestock. From producing feed, spreading fertilizers, breeding, electricity and farm operations… the energy emissions are huge.

It’s estimated that animal-based protein uses eight times more fossil fuel energy than plant-based proteins. All of which emits those harmful GHG into the earth’s atmosphere. Plus, those precious fossil fuels are running dry at an alarming rate.

Jungles: a sensory overload of dense vegetation, humidity, vibrant colours and teeming wildlife that drown out all other noises. The whole environment moves with life in a symbiotic paradise.

That’s probably the image most conjure up when thinking of rainforests, right? However, in reality, these once seemingly untouched nature wonderlands are being wiped off the Earth. At a rate of 800,00 acres a day! If we want to appreciate these natural mecca’s, we need to do more to protect them.

It’s estimated 20% of the Amazon rainforest has been destroyed, with 80% of that deforestation occurring to make room for rearing cattle. This deforestation is responsible for releasing 340 million tons of carbon into the atmosphere every year, changing water cycles, causing fluctuating temperatures, altering wildlife and biodiversity.

After beef, the second biggest driver of deforestation is soy. Don’t be fooled into thinking it’s all the tofu we vegans are munching, as many Carnivores like to point out. In fact, 75% of soy grown worldwide is food for cows, pigs, chickens and farmed fish.

When you consider that all these animals are calorie deficit – you have to feed the livestock more calories than they will ever produce once butchered – it seems veganism is a no-brainer. More on this later.

Rivers and streams are not only home to an abundance of fish and water life. They’re also sources of water and food for other wildlife and humans. Not to mention wild swimming spots and natural water sources for multi-day trips.

So it sucks that natural waterways are being polluted by chemicals and antibiotics from livestock feed. In the USA 46% of rivers and streams are in a biologically poor condition as a result of nutrient pollution. This is caused by animal excrements and chemicals running from cornfields used to feed livestock into waterways.

This then leads to “dead zones“, with the excess nutrients and chemicals ending up in waterways and causing algae to grow at unnatural rates. The algae suck up the oxygen from the water, killing fish, plants and other animals. Much like the Dead Zone in the Gulf of Mexico, caused by fertilizer pollution.

Although all types of farming, industrial and municipal waste contributes to water pollution, animal agriculture trumps them all. Going vegan for the planet won’t solve the problem completely but it will help to eliminate the amounts of hormones, antibiotics and animal waste infiltrating waterways.

One of the biggest environmental benefits of going vegan is that it preserves natural habitats and spaces. A huge proportion of what was once wildland has now been cleared for hunting and to grow feed for livestock. Just look at UK moorland and upland areas, cleared of all predators for livestock to graze and the wealthy to hunt.

With the world’s population and demand for meat increasing, larger amounts of natural habitats are being cleared to grow soy and maize to feed livestock.

Forgot wildlife spotting on your local hike or spotting rare fauna on an overnight trip, the loss of these landscapes will significantly reduce the places humans and animals can roam.

A top film recommendations if you wnat to delve further into this topic is Cowspiracy and we definitely recommend reading The Book of Trespass by Nick Hayes if you’re interested in UK land access and usage.

17 Tips on How to Become Vegan

The Reality of Being a Vegan Outdoor Lover

All our vegan inspiration posts for ethical adventurers

Wondering what effect that habitat loss has on native species? You can probably guess it’s not looking good.

All that continued destruction of wild spaces means native species are being threatened almost to the point of extinction. Gorillas, tigers, giraffes and lions are just some of the many species threatened by the expansion of feed crop production. This habitat loss is caused because livestock needs huge quantities of food to grow.

Closer to home, UK bird species are plummeting, badgers are continually being pushed from land and foxes are forced to feed in urban areas.

Wildlife is not only threatened by habitat loss but also by hunting and farming. If native species are a threat to livestock or in competition for food sources, they will be hunted or culled. This is to protect livestock and profit margins for farmers.

Another benefit of being vegan for the environment means less land would be needed to grow food for livestock. Wildlife wouldn’t be at risk of being hunted or considered in the way, giving them their homes back.

The production of livestock impacts food availability all over the world, particularly in areas where it’s scarce. It monopolises the world’s resources including land, water, fuel and food.

36% of calories produced by the world’s crops are used to feed livestock, whilst only 12% of those calories are consumed by humans. All this means that more calories are put into livestock than we end up getting back. Which seems completely bonkers when there are people in the world going hungry.

It’s more sustainable and calorie-efficient to use the planet’s finite resources to grow food for humans to directly eat. Cut out the middle and we’ll just eat the tofu ourselves!

Intense farming and deforestation have a damming impact on soil worldwide. In turn, soil erosion can leave land incapable of growing crops or supporting other forms of nature.

Agriculture is one of the leading causes of soil erosion, and whilst this is also a problem with plant-based foods, animal agriculture is far worse.

Far more land is needed to rear livestock, we’ve already mentioned the calorie deficiency of the meat, but animal poop, pee and grazing massively speed up soil damage too.

Soil erosion isn’t just bad for crops and farming but means there will no longer be native fauna and wildlife. Trails and fields will dissipate, until the places we cherish to explore no longer exist.

Why WE chose to adopt a vegan lifestyle

Together, J and I made the switch to veganism several years ago. To this date, it’s one of the best decisions we’ve ever made. As the years go on, this is only cemented further.

It was at a time when we were spending more and more time outside. As our bond with the outdoors grew, so did our desire to protect it. We began to educate ourselves through articles and documentaries about the realities of animal agriculture. Once we did it seemed like a no-brainer.

We want to explore and protect this big ol’ natural world and switching to veganism is the single biggest way to reduce our impact on the planet.

In a world where one person’s actions can feel insignificant, going vegan made me feel empowered. It’s been a chance to take responsibility for my choices and impact on the environment.

The further I delve into this lifestyle, the more benefits I uncover. For us, the outdoors and a plant-based lifestyle go hand in hand – the environmental benefits of veganism really will protect the landscapes we love.

Switching to veganism can have such a beautiful impact on the planet. It’s also never been easier, cheaper, healthier or tastier.

If you think you’d struggle to completely stop eating meat, try making small steps to include more plant-based foods and find meat alternatives. Even small changes can have far-reaching benefits.

As always, don’t be shy to reach out and drop us a comment, especially if you have any questions!