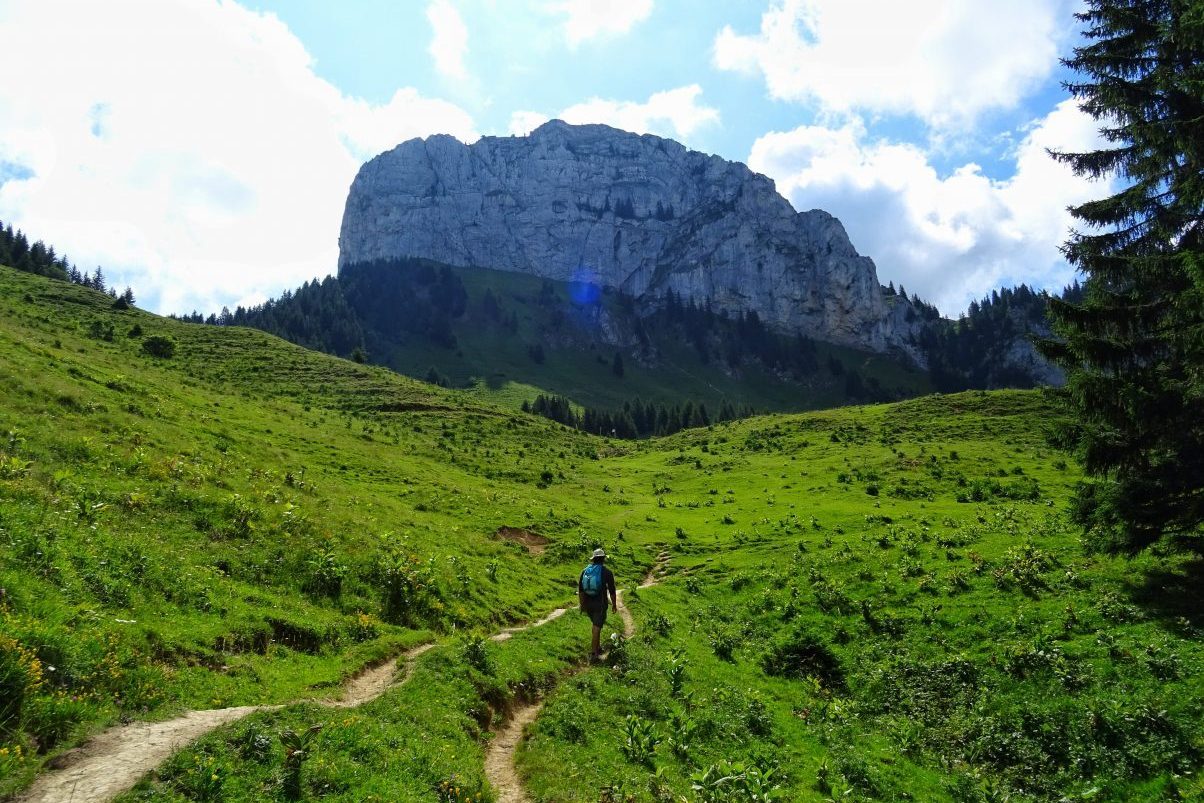 Real adventure is about pushing physical abilities, shrugging off danger and conquering harsh environments. Most of all, it’s about being fearless…

However strong fear may feel, it’s surprisingly hard to see in photos and won’t likely come up in stories or articles. For me, even at challenging points outside, you’re still not likely to notice elements of fear on my face, just a wild smile and eagerness to keep going.

Adventure is about being fearless after all. Or so it’s easy to believe.

If you’re at all influenced by media, it can be easy to think that fear is an alien concept to an adventurer. Look at the Red Bull videos of people throwing themselves off cliffs with parachutes, mountain bikers hurtling along razor-sharp ridges or magazine covers showing mountaineers bravely climbing hostile alpine environments – that’s what we’re sold as adventure.

What else do these guys seem to have in common?

They’re pushing the boundaries, conquering dangerous situations and, most importantly, they don’t seem to show any signs of fear. Higher, faster, steeper, deeper, riskier and harder… the more daring or challenging the better.

If there were any signs of fear you just needed to remember your physical ability and realise there was a low risk of danger. It all seemed very rational.

For a large portion of my life, this was my outdoors experience.

Hold on a minute, these fears seem pretty rational…

The guy in front of me jumps. Sarah is already in the water and two kids are coming round for their second go. I’m standing at the top of a 20m high cliff with the lake teasing me below. Surprisingly my knees are shaking, heart pounding and head spinning. No excitement, just fear. There was little danger, but I felt scared.

I did jump, eventually, but this was my first realisation I’d developed a fear of heights (though I didn’t want to admit it at the time). I don’t know where it came from, there were no bad experiences I could remember, but I was definitely scared.

My whole concept of adventure was thrown off.  If you could physically do something and there was no danger, what was there to be scared of? The guys on Red Bull weren’t scared…

I became determined to conquer this new issue with heights so I could get back to real adventures. My solution: jumping in at the deep end.

The next few years were filled with me trying to suppress panic attacks on high mountain passes and cliffs where you could actually have a bad accident. I had no idea how to tackle this fear of heights and facing it head-on clearly wasn’t working.

Gradually hiking in mountainous areas became completely nerve-wracking, camping on high peaks avoided, even watching videos of alpinists gave me shivers. Out of nowhere heights became a big deal, and it kept on getting worse.

Eventually, any situation that could potentially involve high places would be avoided altogether. I was running away from my fears. I knew enough was enough.

READ MORE: That Time We Got Saved by Mountain Rescue

Time to do things properly…

Having now experienced things from both sides of the fence, I realise there’s more to fear than just knowing there’s a low risk of danger – it’s about actually feeling safe. And, it’s pretty hard to just feel safe with a pragmatic pep talk in your head or from a friend.

For me, it was about re-learning how to feel relaxed in a controlled setting within my comfort zone.

I took a step back and found a controlled place where I felt comfortable and safe e.g. not on the side of a cliff or up a mountain.

No matter your anxieties, whether you’re trying to regain your confidence or develop it for the first time, start somewhere you feel completely in control. That way you can go back to the foundations and work up, or back up. You’ll find that confidence slowly, but in an enjoyable way.

For me, that was in a climbing gym.

After climbing for a number of years I knew my physical and mental limits, most importantly the heights at which I still felt 100% relaxed. Instead of jumping in at the deep end, I could gradually spend more and more time at heights that still felt secure, making sure not to get to a point where nerves started to kick in.

Many people have a desire to experience the outdoors but fears and anxieties hold them back, my advice: start small.

Turns out some people call it exposure therapy, though adventure exposure suits it better!

Over the last few years there have been many tests and personal achievements with this fear of heights, but one really stood out.

Mt. Sous Dine in the French Alps was set to be an absolutely stunning hike, climbing to an altitude of 2004m with panoramic views across the Alps, Switzerland and the Jura Mountains.

With my hiking boots on and rucksack filled with snacks, the secluded trail started with a gentle incline through a mossy forest before quickly rising from the shade of the trees to a crude rocky outcrop, towering thousands of metres into the sky. The hiking path zig-zagged towards it with only one way to go.

The path skirted to the side at the base of the mountain, following bare mountain rock to the left and nothing but a sharp drop to the right. Then the path stopped abruptly at a steep rock face which was fitted with a metal cable and stepping stone like pegs: a via ferrata section.

For those that don’t know, a via ferrata is wooden or metal fixtures bolted onto the mountainside so you can climb up particularly steep sections of trails. Commonly this is done with a harness so you can clip yourself in but unfortunately we didn’t have a harness.

There was nothing physically hard about it, it was all about nerves, but if you fell… well, best not to. With adrenaline in full swing, my emotions sat on the fence for a long second.

I remember approaching the last metre of hiking path, taking hold of the metal cable and pulling myself onto the first foot-peg. You could step back down onto solid ground but the moment you moved your feet onto the next holds, away from the path, there was a whole lot of free fall before the ground below.

I took the next step. And the next one. Terrified but still feeling in control and with a smile on my face.

20 metres and about 2 minutes later (though it felt like a lifetime), both feet were back on the path and a huge rush of excitement washed over me. The old me had never experienced anything like it.

3 or 4 years ago this via ferrata section would have been nothing special. I would have run across it without a thought and without a thrill. Now I felt over the moon, accomplished and proud. Despite being sh!t scared I realised that was a real adventure and a day I’ll never forget.

“Adventure isn’t all about rowing oceans or climbing mountains. Adventure in its purest form is simply a way of thinking. Live by that philosophy and you’ll make more of the short time we’ve been given on this rock” Sean Conway

I spent a huge period of my life thinking adventure was just about being fearless, and, if there was a fear, it was something that needed to be conquered. Now I know that’s bollocks but I’m still grateful for the experience as I’ve learned two important things.

Firstly, adventure is exactly what you want it to be. Instead of seeing it as this idolised thing in magazines and videos, learn to make it your own. This deal with heights turned out to be an adventure in itself and now I appreciate all my outdoor experiences a lot more for it.

Secondly, adventure has nothing to do with being fearless, it’s about controlling and embracing the fear. Having experienced both walks of life, I can honestly say that accomplishing something you’re nervous about, even if it takes more time, is far more rewarding if you found it a little terrifying.

Most of all, whether you’re scared of heights, the dark, wild animals… whatever it is, it’s worth every baby step to build up your confidence and get outside. There are so many unforgettable experiences in the great outdoors, take your time and get out there to start making adventures of your own.

Found yourself in a similar situation? Maybe you’ve embraced your fears or maybe they’re still holding you back? Share your experiences in the comments, we’d love to hear from you!

How to Begin Your Own Accessible Adventures

The Wonders of Spending Time in Nature

Hiking 101: A Guide to Hiking for Beginners