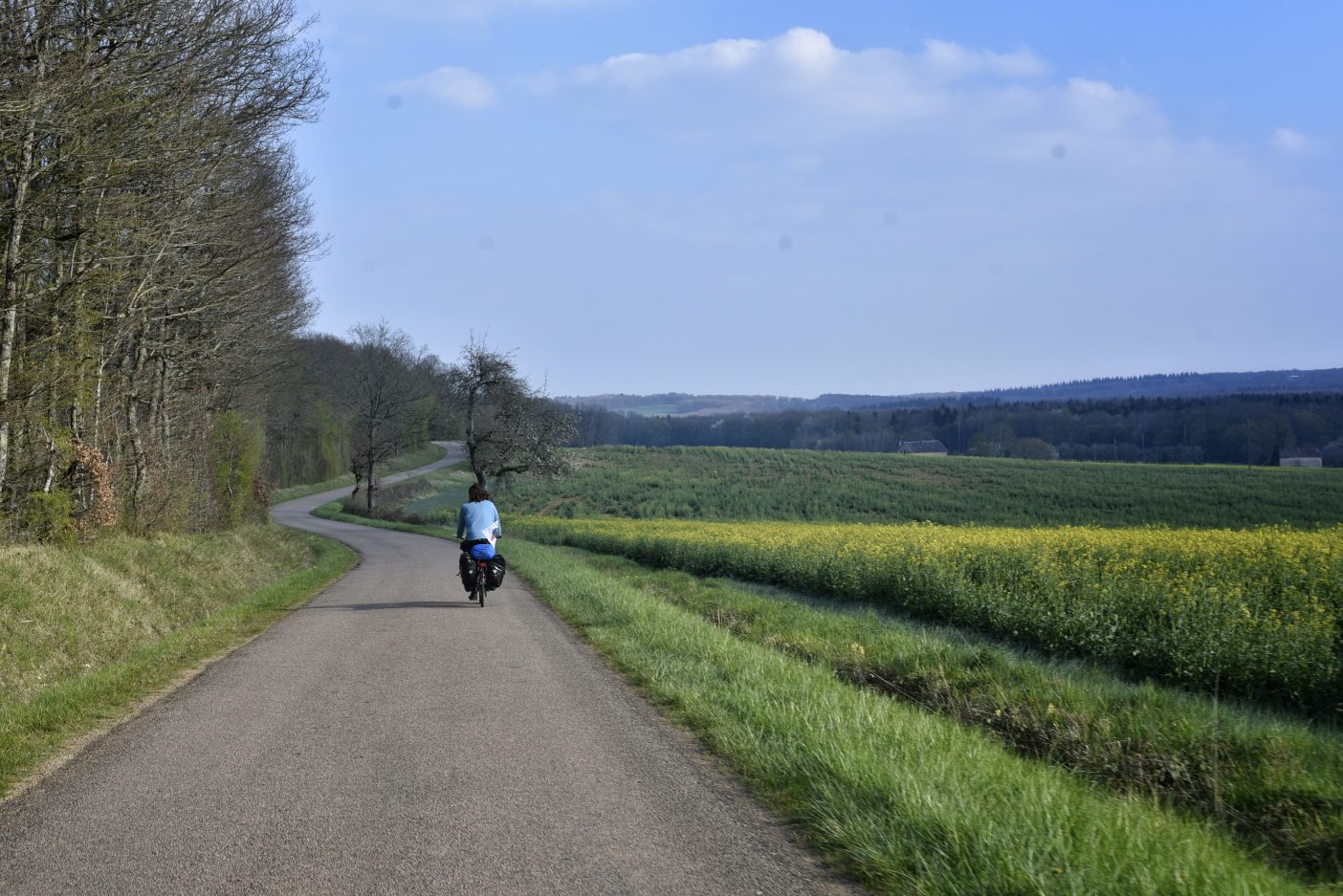 I think it’s pretty safe to say, shit has hit the fan

After seeing the media hysteria during the Zika, Ebola, Swine Flu and Sars outbreaks – with sensationalist headlines prophesying GLOBAL PANDEMIC and world shutdown – it was easy to pass off the Coronavirus when it first swarmed the news. Obviously, each of the other viruses were disastrous in their own right, but none had the global impacts that were suggested. That certainly ain’t the case with the Coronavirus.

Having cycled a little over a 1,000 miles from England to France, in April it was time to continue the next leg of our expedition into Northern Italy. Even just a few weeks ago, as the virus spread from Asia to Europe, this still seemed likely to go ahead. How things have changed over the last 7 days.

Non-stop, our eyes have been glued to screens, watching as the virus spreads, intensifies and grow into a global pandemic. Europe has now become the epicentre and we can see fear and panic spreading across the continent. Haute-Savoie, the Italy-bordering French region we’re currently in, is one of the more seriously impacted areas. The atmosphere seems like a world away from the relative calm of friends and family in the UK.

Not something we’d ever expected to see…

It started with the occasional person wearing a face mask, panicked looks from folks after coughing in public, frenzied atmospheres in supermarkets. We watched tearful families following their confused instincts and filling up multiple trolleys with bottled water, toilet roll and any kind of hand-sanitising products. It’s not something we had ever expected to see. This was all eclipsed after seeing a body being carried out by a crane from a high-rise building block not far from our apartment.

With everything progressing so quickly and it all being particularly hard to follow in a foreign country, sticking around was seeming more and more like a bad idea. This was all confirmed by our travel insurance expiring and new policies not covering anything Covid-related. Getting into difficulties in a foreign land with no insurance and during a period of the complete unknown seemed daunting.

In a bizarre turn of events, exactly 365 days after cycling from our front doors in the UK, we decided to return home, and as quickly as possible.

Cycle touring is awesome, but, not if getting places quickly is your intention. Turns out, touring is actually pretty damn awkward during pandemics. With two valuable bikes and 40 kg of outdoors gear each, jumping on any form of transport and just getting the hell out of there wasn’t an option. You’re glued to your big, heavy belongings, and they don’t fit in planes, trains and cars.

In our personal situation, I’m seriously bloody thankful we’ve been renting an apartment for the winter, rather than just touring through the region. I feel for anyone who is cycling a long way from home and is unsure what to do.

With England now on the cards, the first idea was to cycle the 864 miles back with life strapped to the bikes. However, with the virus constantly worsening, schools in France and Switzerland had been closed, then bars and restaurants – local friends told us a full lockdown was sure to follow. Being halfway across the country pegged up in our tent when everything shut down or the borders closed would be pretty shitty. The cycling idea was quickly shot out of the sky.

Leaving all our belongings and just heading home would’ve been the simplest solution straight from the gates but a nightmare in the long run. When it came to rescheduling our Ethical Adventure Expedition we’d have none of our gear.

Our best bet seemed to be shipping everything home with a £265 TNT courier and then jumping on a train. This would require dismantling our bikes and packaging them in proper boxes. Pretty simple stuff, however, all non-essential businesses had been closed in France. To find a bike box meant cycling into Switzerland and picking one up, and so the plan was like this:

Step 1: Cycle to Geneva and pick up bike boxes

Step 5: Pack up and get the hell outta there!

Finding the bike box was surprisingly easy. Getting them back was a different matter. The shop was 7 miles away and, despite the boxes being pretty light, they were a bloody nightmare to carry on a bike. They’re bigger than Sarah and when the wind blew it almost took you off your feet. The looks we got wheeling them through the city were priceless, almost taking our minds off the difficult situation.

After a few miles of haphazard box carrying, we found a tram spot, Sarah took both boxes onboard and I cycled our bikes the remaining 5 miles. Neither easy jobs but I’m damn glad Geneva is a flat city.

In the space of an hour, the courier was booked for the next day (Tuesday 17th), insurance was taken out with World Nomads and tickets were bought for a 4-hour train from Annemasse to Paris and a 16-hour sleeper coach from Paris to London Victoria – the things we do for the environment!

Obviously, nothing like this goes according to plan. For us anyway. 8 pm on Monday night, French President Macron addressed his nation and announced the country would be going into a 45-day lockdown. Borders would be closed. People were required to stay indoors with only essential movements would be allowed. Most painfully – all transport options would be limited.

Then it all went Pete Tong

Our Tuesday morning kicked off with emails saying both our train and coach journey had been cancelled. Not all transport had stopped, but our ones, the cheapest ones, had. Funnily, it was only the most expensive tickets which remained available…

None of the transport companies were contactable by phone and only seemed to respond to tweets (it’s amazing the response time when you take problems public!). We were ‘invited to buy new tickets’ and after hours back-and-forth tweeting they refunded the money, saying exchanging the tickets wasn’t possible.

On top of this, we realised the World Nomads insurance had a subtle small print – it also didn’t cover any corona-related issues. Fuck.

And then the courier company didn’t turn up.

It didn’t turn up on Tuesday (the original day of booking) and despite emails guarantying it would, it failed to show up on Wednesday too. We get these are difficult times for all people and services, but, currently, this is the only thing holding us back from leaving. Now their emails are saying it should be picked up today (Thurs 19th) but it can’t be guaranteed…

The UK Consulate has advised returning to the UK as quickly as possible, due to transport options continuing to be phased out and potential difficulties at the border. We even emailed our MP and that was his advice too. When and if our belongings are taken, then we’ll cross the bridge of actually getting ourselves home.

With this all going on, in the meantime, we’ve been frantically trying to sell any items possible to recuperate some money. During a lockdown, this ain’t so easy.

If you’ve got any other suggestions we’ve not considered, hit us up – we’d appreciate the advice!

Our final spanner in the works (for the time being) is that when we finally do get ourselves to home soil we have to self-isolate for at least seven days. Haute-Savoie is a high-risk region and all people returning are advised to quarantine. A real kick in the teeth as we haven’t seen our families for 12 months.

Despite all this, we’re in high hopes, staying positive and taking it step by step. The streets are now empty which is pretty relaxing. The normal hustle and bustle has been replaced by calm and spring seems to be on its way. There’s a cupboard-load of food and beer we’re slowly working our way through and we’ve also stopped constantly checking updates and the news, it only stresses you out more.

Lockdown is pretty shit, but, in France, they’re still allowing ‘brief outdoor physical exercise close to home’ so we plan to keep ourselves away from others and explore the vagueness to this rule.

This is going to be a difficult time for everyone. The virus is spreading and it’s looking like it will impact each and every one of us, in some way. It’s heartbreaking seeing the difficulties people are going through around the world. Ours are nothing in comparison. Times like these we’ve all got stick together, keep our loved ones close and look out for everyone around us, friend or stranger.

Keep safe, stay positive and be considerate. This will all blow over eventually, and, no matter what changes, we’ll still have a beautiful world around us.

We put together a whole bunch of ways you can get your adventure fix from your home or garden – lockdown doesn’t have to spoil the fun – check em out here!

This article was published on Thursday 19th of March but after that even more shit went down.

TL;DR, we got home after a number of hiccups, ball aches and extra costs.

Our bikes were eventually picked up on Thursday evening by a driver who insisted he’d come the previous two days (he hadn’t we’d been in all day). We re-booked train tickets for the next day (Saturday) at 6 am (the prices had gone through the roof), with two trains to Paris and then a Eurostar to London. The refunds for the previously cancelled journeys hadn’t come through, so, our adventure fund ended up completely drained. Ouch.

6 hours after booking, and at 11 pm at night, the local train website (SNCF) showed the first two journeys towards Paris were cancelled. The Trainline, where we had booked the tickets, said it was still running. Both said the Eurostar from Paris to London would be going. It wasn’t possible to call or find out any direct information and so we were stuck.

Getting a flight from Geneva wasn’t an option as the borders were now closed from France and all trains heading towards Paris were also cancelled.

We decided to chance our luck and went to the train station the next morning to see the whole place was closed. Through a series of buses, taxis, lifts, metros, negotiating and a whole lot of expensive headache, we eventually got ourselves to Paris Gare du Nord and onto the Eurostar, which was empty.

This is being written, a whole lot poorer and still pretty frazzled, but from our home in the UK. We’re glad to be back. For the time being!

Bike Touring, Quarantine and the Coronavirus

Finding Mental Well-Being When the Mountains Are Closed

Biking, Hiking, Swimming and Climbing all the Way to India!